CALGARY – Learning may be born in the classroom, but it’s important the lessons serve the students beyond those walls.

That’s why World Hijab Day at Calgary Islamic School Omar Bin Al-Khattab (OBK) Campus was more than just a celebration of the head covering worn by many Muslim women. A point was made for the school-wide event to include activities to also educate students on what it means to wear the hijab and its history.

“It is really easy to be proud and happy when you are in a secluded area where everybody is the same,” says Noreen Bashir, a learning support teacher and organizer of the day’s event. “But when you walk through these doors you have challenges, so let’s give you the tools to face those challenges.”

A hijab usually covers the head and chest and is most often worn by some Muslim women as a symbol of modesty and privacy. Qanita Farrukh welcomed the day’s celebration and a positive focus on the hijab, considering the negativity surrounding religious attire world-wide.

“It shows that people shouldn’t consider the hijab as a bad thing; that we are not terrorists, we are not bad people, and they shouldn’t hate us,” says the Grade 7 student, who welcomes people asking her why she wears the hijab. “It is better if they know, rather than they wonder and have wrong information.”

Teachers were provided with a number of activities they might incorporate into their classrooms to mark World Hijab Day. Younger students could decorate hijabs on colouring sheets with glitter, paint or crayons, while teachers were encouraged to read aloud related material to their students.

Among the suggested activities for older students were researching world class athletes who have worn a hijab in competition, or looking through the Koran to find the verses which explain why it should be worn. On the flip side, students could look up and do a critique on Internet reports which portray Islam negatively.

The day saw younger students hand out roses to their female teachers, walking by posters promoting facts and positive messages about the hijab, as they made their door-to-door deliveries.

“When someone asks me why I cover up, number 1, it’s my commitment to God; it’s a promise that I made,” she says. “Number 2, it is a form of modesty. I don’t want to walk around flaunting my hair. It’s about covering up your beauty.”

Grade 9 student Fatema Chowdhury says she wears a hijab because her religion tells her to, but points out it is also something she wants to wear.

“I feel empowered when I wear it. I feel like I am representing my faith,” she says.

Laila Malik, Grade 9, and Hajar Talbi, Grade 7, were both grateful for a day to celebrate the hajib as well.

While older students at OBK already wear the hijab, their younger peers were encouraged to do so as well on this day. Founded in 2013, World Hijab Day encourages women of all religions and backgrounds to wear and experience the hijab. Some of the school’s non-Muslim staff asked if it was appropriate for them to wear a hijab that day. Bashir assured them it was, since it would provide them with a new perspective.

It was also important that the school include its male students in the day. Among the suggested activities was for them to write a journal entry about their experiences and public reaction when they’ve been out with a sister or mother wearing a hijab.

“It’s important to model for young men too,” says Bashir, noting the negative stereotype often promoted about Muslim men’s treatment of women. “They really need to see that you treasure women, you don’t put them down. That is not was Islam is all about, and these boys that we are raising to be young men need to see that.”

Muhadis Choudrey has sisters who wear the hijab and says he too has heard some of the negative comments directed their way when they have been out together.

“Hijab is a modesty for women and around the world these days it is not really fair for them, how non-Muslims think they are terrorists and pulling off their hijabs,” said the Grade 7 student. 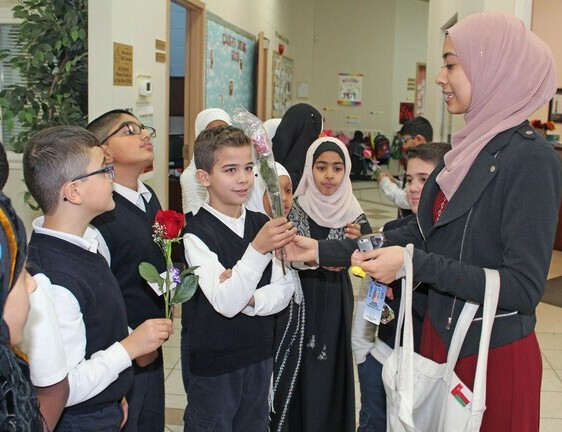 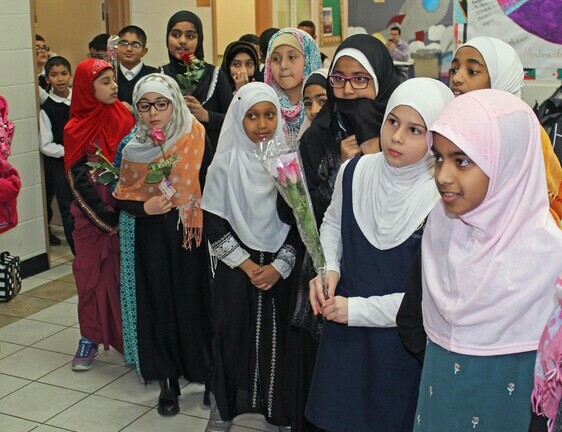 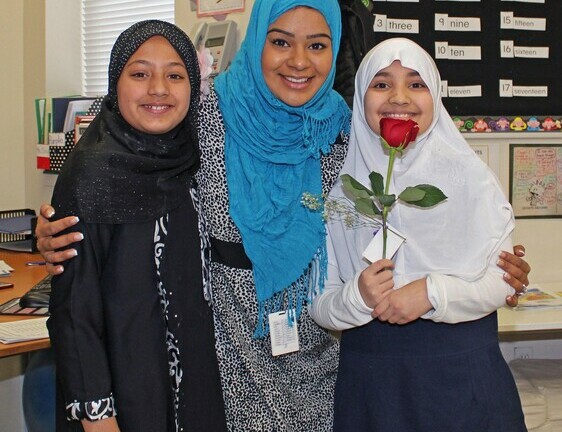 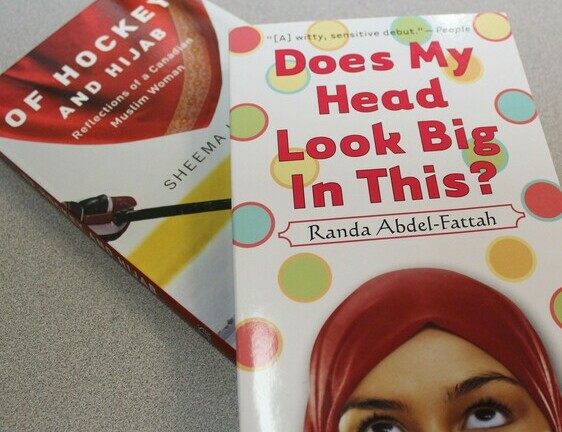 First of all, I would like to say happy World Hijab Day! As a new teacher that has worn the hijab for the majority of my life, I believe that it is extremely important for Muslim women to educate others on the importance of the hijab. Many non-Muslims believe that the hijab oppresses women. In reality, I have only ever felt empowered by wearing it. The hijab inspires me to become a better person, and as such, not only is the hijab a physical form of protection but also provides me with spiritual and emotional security. #HappyWorldHijabDay

Thank you! To Teachers and all Staff of Palliser School…